The Marginalia “Crisis:” now with update!

Today’s New York Times has an article on marginalia–the scribblings people often leave on the edges of books.

“Some fear dim future for notes in margins,” says the headline. “Some” may fear this, or it may be that “some, facing deadline pressure, invent fake trend story.” Marginalia is overrated, and the enterprise of loving marginalia is corrupt.

Early in my career I was once at a dinner with Hsi-Huey Liang, a distinguished diplomatic historian specializing in Germany. At the time I regarded diplomatic history as a dreary sub-field, hidebound and   boring, prone to endlessly asking the same questions about the same documents.[1. I still basically think that, to be honest]. Liang, recognizing me as callow, asked why a historians would ever want to look at anything other than what people chose to leave of themselves.

Over the years I’ve come back to his question a lot. You would never break into your neighbor’s house and go through his closet, even though doing so would give you a lot of information about your neighbor. It’d be a crime but also indecent and disrespectful. But the dead are mostly powerless; we can do as we please with them. Liang was slyly pointing out the unexamined contradictions in our allegedly humanist enterprise. Why don’t we accord the dead the same respect as the living? 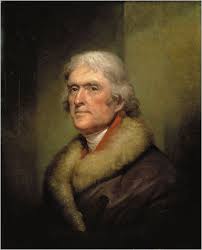 The Times article on marginalia treats it as a glimpse into people’s private selves: “what Jefferson thought as he read X.” This is important, we’re told, because Jefferson is important, and we learn more about this important man via his marginalia. But we already know what Jefferson thought: he vented his opinions publicly, in carefully considered ways. Why would we want to look at the opinions he did not chose to express? Isn’t it just the same creepy impulse that leads people to spy on their neighbors?

Well, you might answer, Jefferson didn’t want us to know he was having sex with Sally Hemmings, but the fact that he did is important to know. I’m not sure–we already knew Jefferson was a hypocrite in his views on slavery. We know from the public record that he alternated near total dependence on slaves with attitudes of contempt. Aside for the salacious, dirty laundry quality of the revelation, does it show us much new about Jefferson? I’m not sure.In the image from the Times, is anyone who’s read any Mark Twain at all surprised that he would dislike Mary Baker Eddy? The prvate snark only confirms what he wrote publicly. 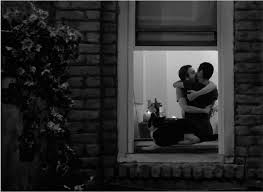 So with marginalia. The Times finds a small group of people who it quotes being concerned about the decline of marginalia. What they are really concerned about, I’d argue, is the losing the exclusive capacity to gain a limited view into the private lives of dead strangers. [1. I have a number of books belonging to two very dear friends who recently passed away. Some of them have extensive handwritten marginalia, and these mean a lot to me. The marginalia give a record of how they thought, and in turn a record of their personalities. These are nice to have in a melancholy way. But I already knew them privately–they were my friends, I knew what they thought about most things. I keep them because they had already allowed me into a degree of their private life, and so reading them isn’t snooping.]

What’s really at stake in this “problem” is the way we construe public and private. The value of marginalia is for the most part the voyeuristic thrill of seeing the private made public. The digital age will create more forms of annotation, more commentary, more “marginalia.” but it won’t have the same creepy snooping quality. And that’s a good thing.

Update: I’ve gotten lots of tweet critiquing this post, which seems only reasonable,  since the post takes a pretty extreme position. I’d like to agree that yes, useful information is gained by looking into the private spaces of the dead: useful for the historian. The same could be said about burgling someone’s house–it could produce lots of good things for the burglar. I don’t really think historians are burglars, but it seems to me that anyone claiming to be an intellectual has an obligation to think about what they are doing–or rather, about what they do does. A colleague points out that if you want to do the history of 19th century women, of course you need to look at private life, because women were for the most part denied a public life. That’s surely true, but what you are looking at then isn’t really 19th century women: it’s a 21st century idea of what 19th century women should have been: a life constructed in the private sphere brought into a realm it was never designed for or imagined to occupy. This isn’t an argument against doing that work: It just seems to me it’s worth being aware of what’s going on when we do that kind of work.

My own dodge around this problem is typical of cultural history types: I don’t write about actual people, I write about “discourse.” Not actual black people, but the discourse of race. Not actual women, but the discourse or the “debate about” gender. I wrote a dissertation/book about  the invention of standard time, not about the private experience of time. This is itself a contaminated and flawed position.

Regarding marginalia: the Times piece had a lot of the creepy celebrity snoop quality: Mark Twain once touched this page! But what I really wanted to get at, and failed to get at, is the way digital media has vastly increased the scope of “annotation,” while dramatically reducing the sense of the private equaling the real. The times essay deplores the loss of access to the private. But if what’s valuable about marginalia is the record of thought evolving, then a publishing style that emphasizes “publish first/filter later” will only provide more of that kind of material. And since publish first/filter later puts more of a premium on open debate, and less on the public/private division, it should foster a culture in which “marginalia” become more important, not less. But the “marginalia” of the digital age won’t have the creepy voyeuristic quality.